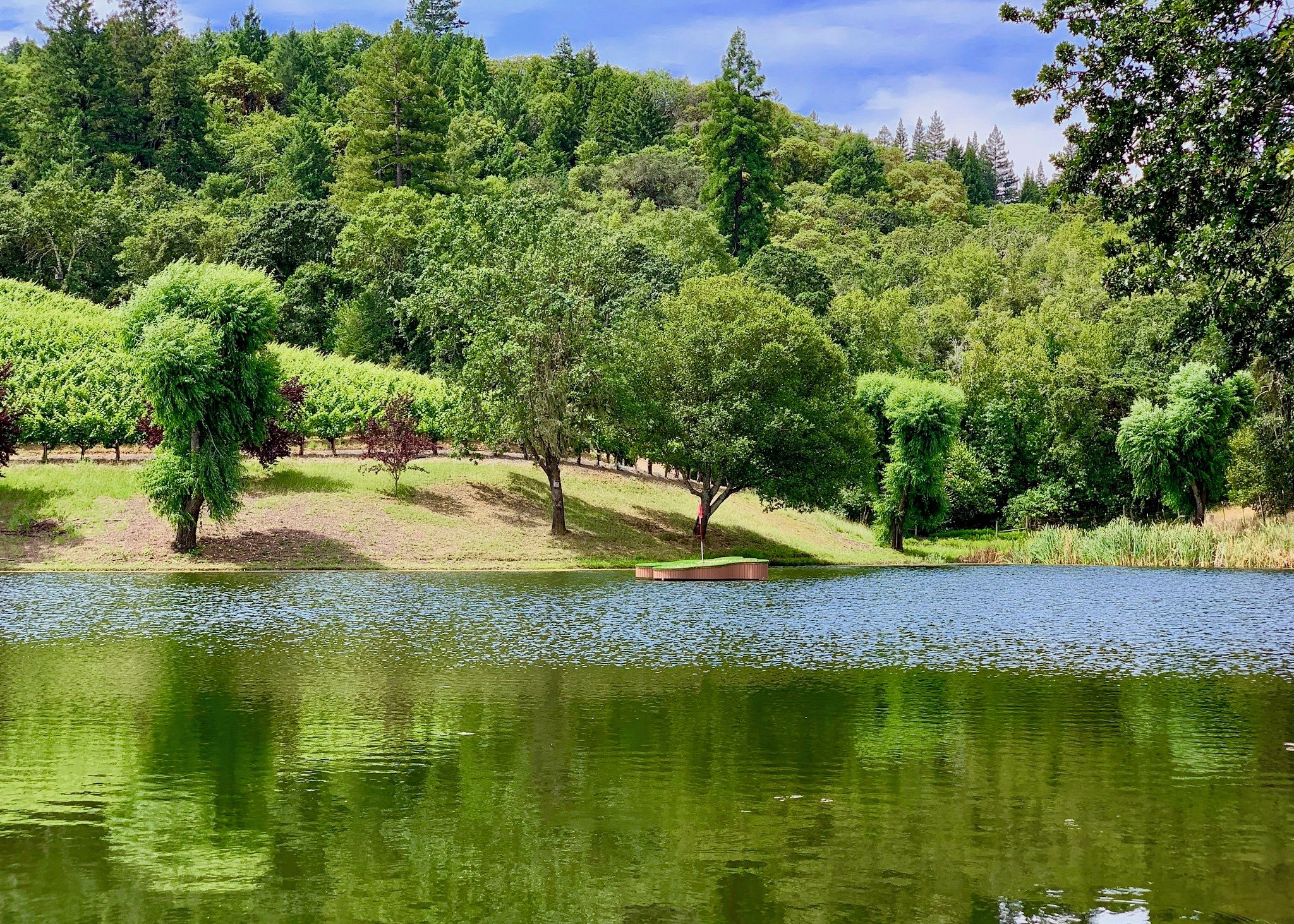 A Taste of Golf at Popular Sonona Valley Winery

One of the hottest travel destinations for wine enthusiasts is Dry Creek Valley, a relatively small, rustic wine region in northern Sonoma County, Calif., featuring more than 9,000 vineyard acres and over 70 wineries. One of the oldest and most popular wineries in the region is the A. Rafanelli Winery, a fourth generation, family-owned winery specializing in Zinfandel, Cabernet Sauvignon, Merlot and golf. Yes, golf!

Should you happen to be planning a wine tasting and visit to the winery, make sure to bring your golf clubs, because in the heart of the vineyard is a large pond and a floating 8 x 13-foot, irregular-shaped aqua green. In the picnic area just on the other side of the dam are two artificial turf hitting mats and some floater balls, offering the perfect teeing area to the floating green situated 91 yards away.

“As far as being socially bonding and decompressing, it’s been fantastic,” said Rashelle (Shelly) Fehlman, A. Rafanelli’s chief winemaker and the great-granddaughter of the winery’s founder, Alberto Rafanelli. “You go out there, hit some balls, maybe drink some wine and shoot the breeze. It’s a nice environment.”

Shelly Fehlman got the idea for the floating green a few years ago when A. Rafanelli became Vintner Members at Mayacama Golf Club, a Jack Nicklaus Signature Course in nearby Santa Rosa. She signed up her son Caden for several golf camps at the club, and not long afterwards he started playing in the local PGA Junior League. The winery also had several avid golfers among its employees, and as Caden’s interest in the game grew, so did his mom’s desire to create a mini-driving range experience at the winery. After looking at several cheap floating pool options, she came across Aqua Greens website.

“I was like, Oh my God, this is perfect,” said Fehlman, whose husband, Craig, manages all of the vineyards, and sister, Stacy, is in charge of the winery’s daily operations. “So I gave them a call. I didn’t expect to go that far monetarily, but then I was like, ‘Why not, this will be fun.’ So we worked out a good deal.”

“We call the green ‘Splat’, because of its splat-like shape,” said Aqua Greens owner Matthew Gault, who shipped the green out to the winery in the summer of 2019. “That unit is about as big a size of footprint we can ship without requiring assembly on our end.”

Once the floating green was installed and anchored in place, the only remaining question for Shelly Fehlman and the winery was, “Okay, who’s going to go out and scoop up all of these balls?”

Overall, however, the additional amenity has served the winery very well, said Fehlman. The employees often go out and hit balls in the morning before they clock in and in the early evening after they clock out. Caden and his friends can often be found there in the late afternoon as well, just hanging out and hitting shots at the small island green. A few local guests have also gotten word about the floating hole and have brought their clubs.

This past Halloween, the winery dressed up a skeleton as a golfer and positioned it right next to the flagstick on the green, making for an interesting photo opportunity. The winery has also hosted several social events by the teeing area, including a school fundraiser and pizza party which ended in a full driving contest.

“Sometimes people do hit driver, and they can get pretty competitive,” said Fehlman. “Everyone wants to see how far they can hit it, and then we end up picking up the balls in the horse pasture beyond the pond.”

A. Rafanelli Winery is not open to the public. All visits and wine tastings are by appointment only. To schedule an appointment, please call 707-433-1385. For a limited time only, wines can be purchased online by visiting the Sip-In-Place virtual tasting room, or by calling the number above. For more information please visit www.arafanelliwinery.com. 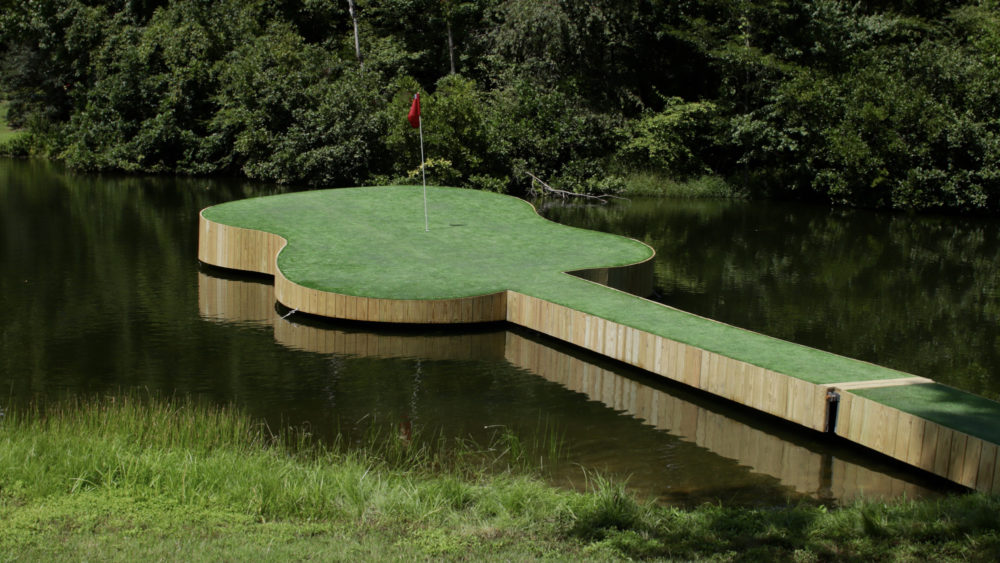 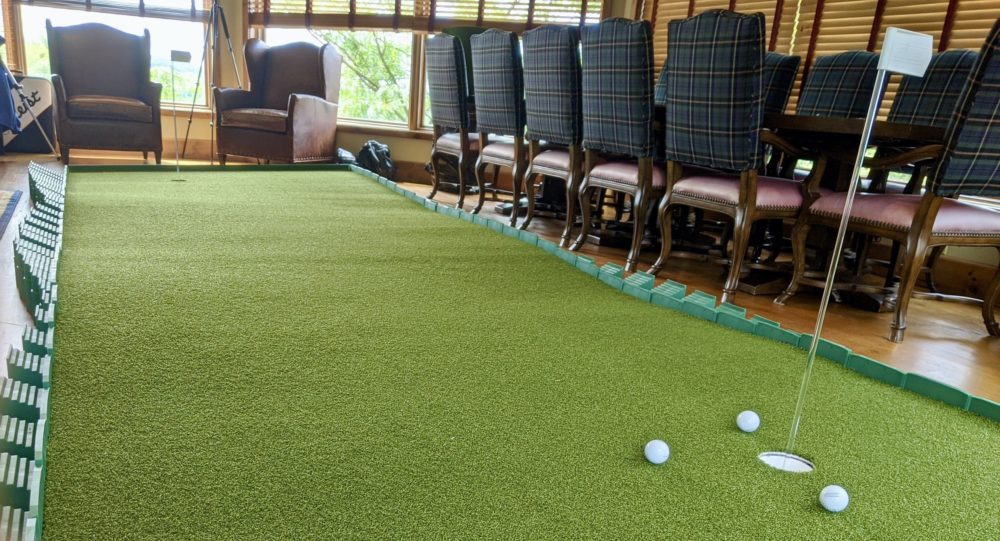 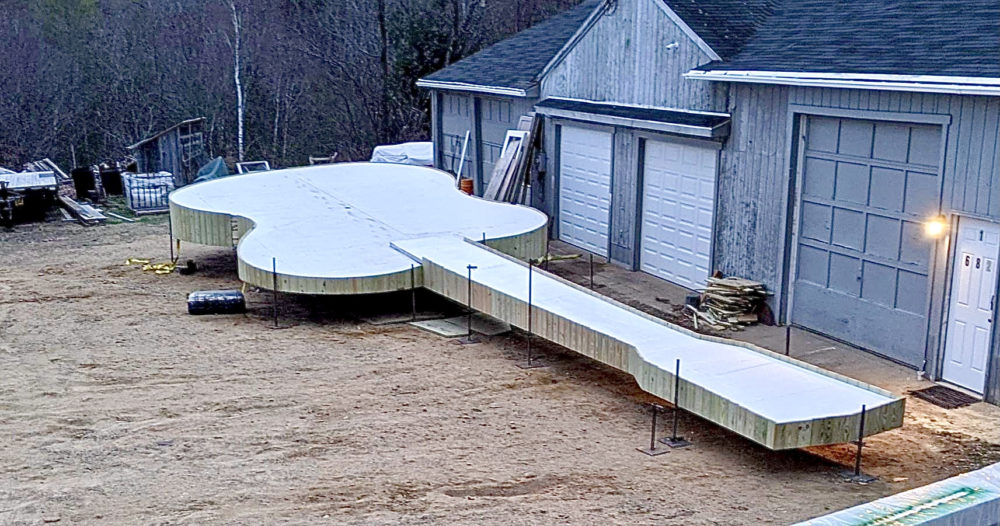