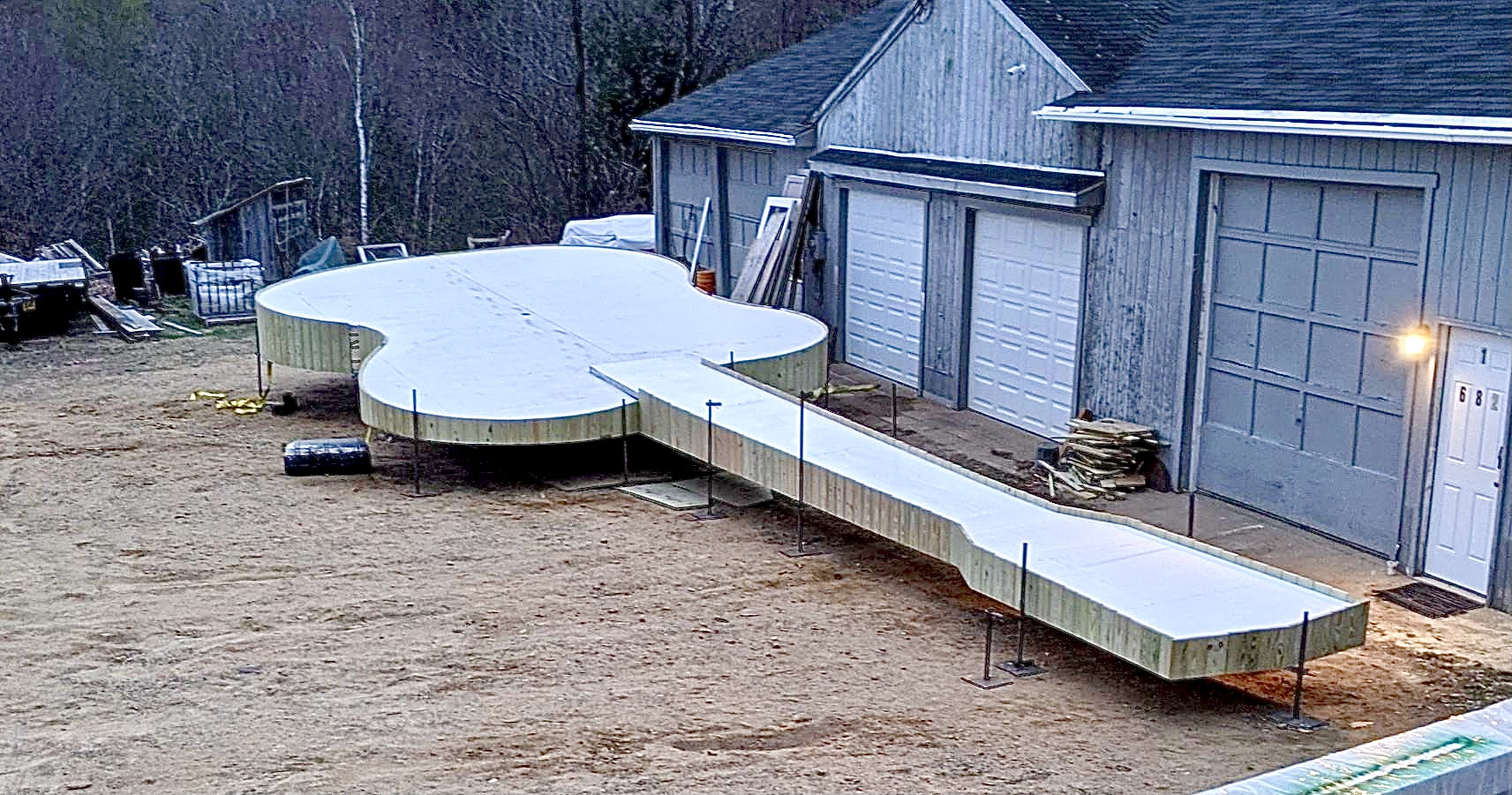 When Matt Gault and his team were think-tanking some promotional concepts for Aqua Greens several years ago, they had this idea of putting a fretboard on the end of their guitar-shaped floating island green. The classical guitar design never made it to the water, but Gault held onto the concept, waiting for the perfect opportunity and client to ‘string’ it on. 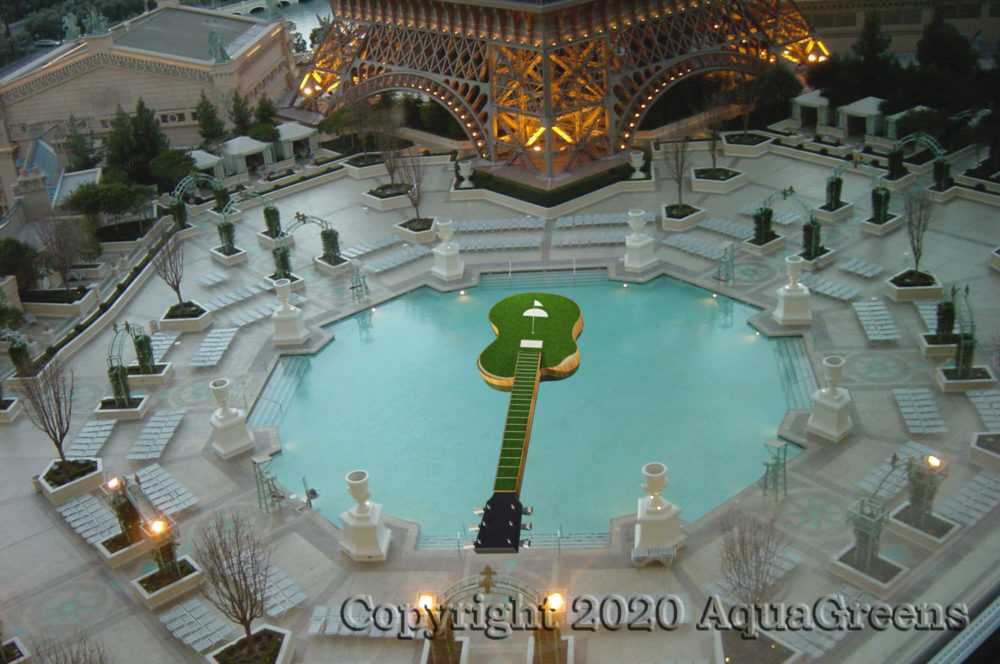 Then came a call earlier this spring from Mike Hammontree, Tournament Director for the Simmons Bank Open for the Snedeker Foundation, a Korn Ferry Tour event played May 6-9 at The Grove in College Grove, Tenn. The Snedeker Foundation was founded by 2012 FedExCup champion Brandt Snedeker and his wife, Mandy, and strives to help underprivileged children across the middle Tennessee/Nashville area.

Hammontree was looking for some added entertainment value for the spectators and Pro-Am contestants, and thought a floating island green might do the trick. Aqua Greens has a 25-foot circular inflatable green with palm trees that they often rent out for big corporate events and important fundraisers, but with the Simmons Bank Open being so close to Nashville and Music City USA, Gault had other ideas.

“As we were putting the pieces together we just felt like it [the guitar concept] would be right in their wheelhouse,” said Gault, owner of Aqua Greens and the Extreme Green adjustable putting surface. “We didn’t have to twist too many arms for people to agree with us. It seemed like a great idea for the location and the people that are going to be there.”

Some of those people include Snedeker, a nine-time winner on the PGA Tour, and several of his PGA Tour buddies, including Harris English, Luke List and J.T. Poston. They’ll be teeing it up alongside notable Nashville-area musicians Vince Gill, Drew Holcomb, Dustin Lynch, Brett Young and Shay Mooney in the Sneds and Friends Pro-Am on Monday, May 3rd. Following the Pro-Am, they’ll be a Celebrity Shootout on the island green, which features a 20’ x 30’ landing surface and 35-foot-long fretboard. The green is infilled with several tons of sand so the green will be more playable and receptive to good shots.

Spectators will also get a crack at making a hole-in-one on the island green once the tournament commences on Thursday, May 6th. The first fan to make a hole-in-one will receive a barrel of Jack Daniels.

“They’ll never run out of Jack again in their life,” jokes Hammontree.

“This is so far beyond anything we dreamt up,” said Hammontree, who is also Vice President of External Operations for the Tennessee Golf Foundation. “What Matt and Aqua Greens is going to bring and do for this event is going to take it to an entirely different level. There have been rumors all over town: ‘Did you hear they’re going to put a floating island green out there?’ They have no idea it’s the shape of a guitar. It’s going to be crazy. It’ll be the icon for The Sandtrap for sure.”

Adding the fretboard to the body of the green presented a number of different design challenges for Gault and his team. As the fretboard moves in the water, it puts a lot of pressure on the area where it attaches to the green, said Gault. There’s a lot of engineering that goes on to reinforce the area and stabilize the structure so the fretboard doesn’t tear off.

With the fretboard, the entire structure is 600 square feet and weighs approximately four tons. A custom-built green such as this normally requires three months to design and build, but Aqua Greens put it together in a little over one month. 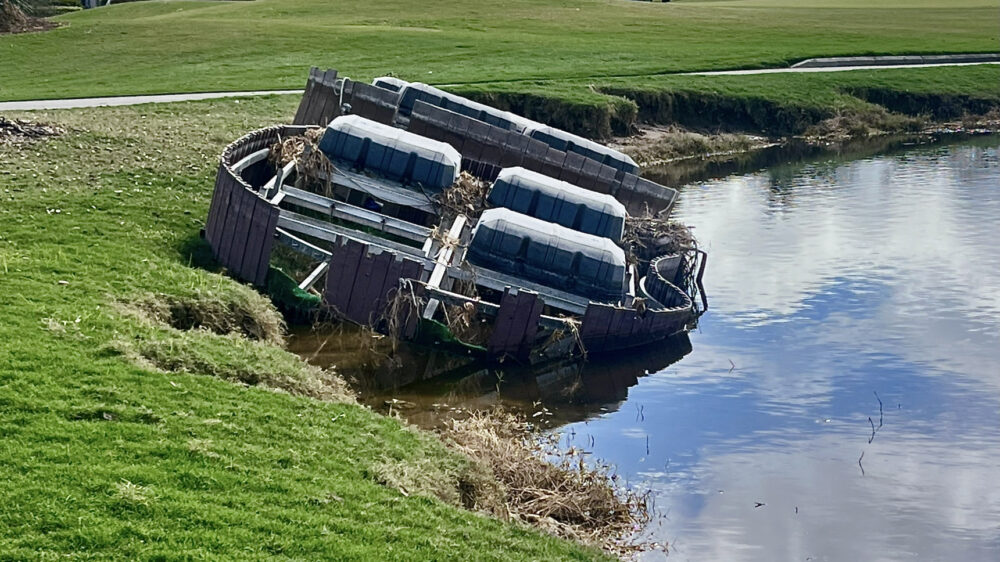 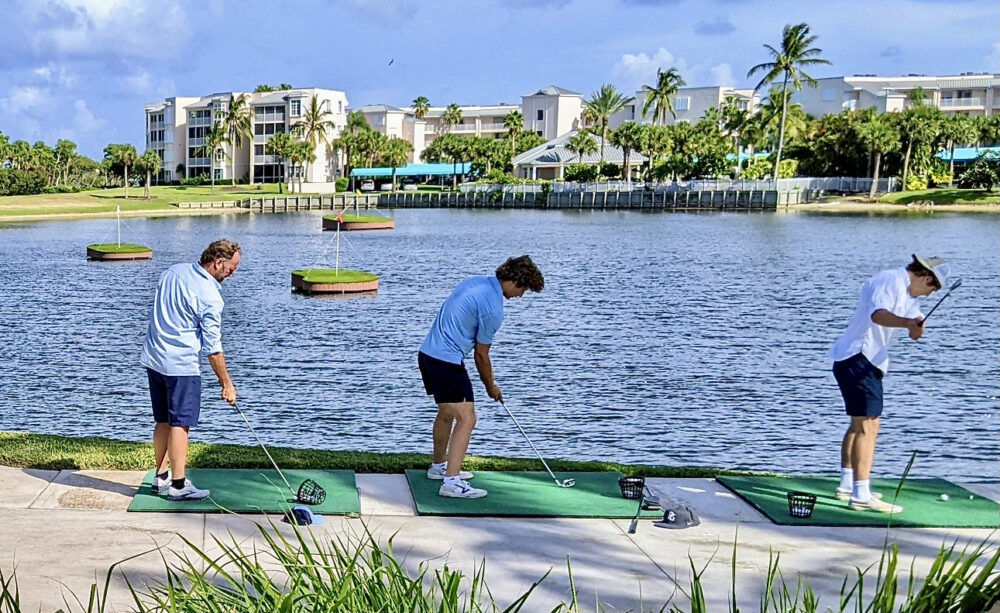 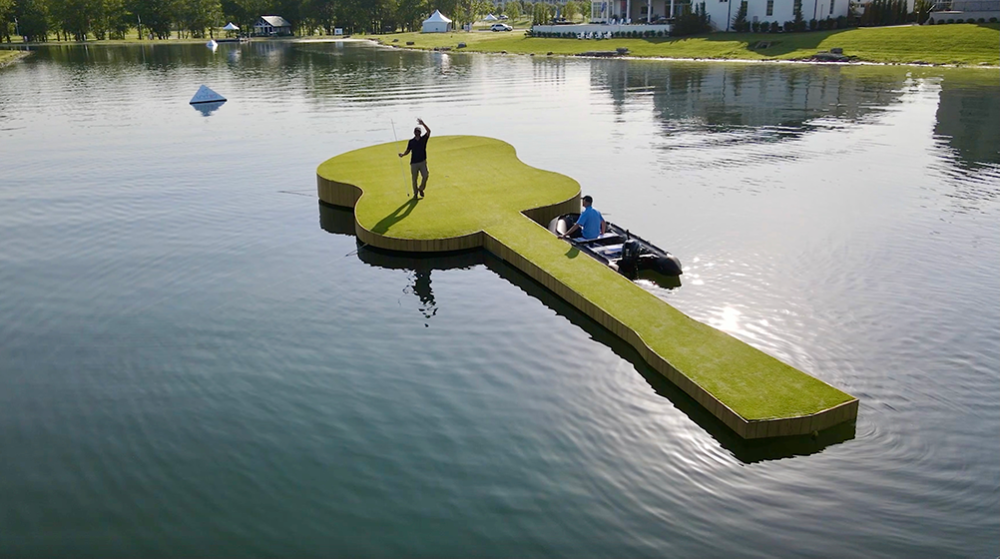